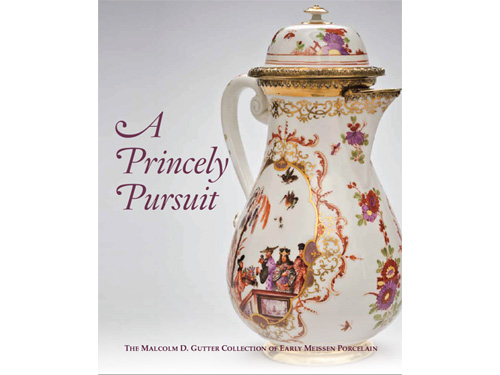 The Meissen Study Day at the Legion of Honor, part of the Fine Arts Museums of San Francisco, was held on May 16, 2015. The event celebrated the exhibition A Princely Pursuit: The Malcolm D. Gutter Collection of Early Meissen Porcelain, on show at the Legion of Honor between December 13, 2014 and January 3, 2016. In her invited talk, titled Born from Alchemy: Porcelain Technology in the Early Decades of the Meissen Factory, Dr. Anikó Bezur discussed how porcelain paste and glaze compositions evolved at Meissen during the eighteenth century and explored potential technological relationships between this important center of production and other European factories in Vienna, Venice, and Florence. Dr Bezur’s talk was based partly on research she carried out with Dr. Francesca Casadio at the Art Institute of Chicago, which resulted in their contribution to the book Fired by passion: Vienna Baroque porcelain of Claudius Innocentius Du Paquier (WorldCat / OCLC no. 406173224).